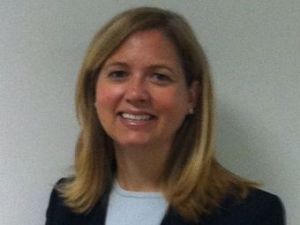 Kyle Kirsten Hicks Fortson will be nominated by President Trump for one of two Republican seats on the National Mediation Board (NMB), according to a White House press release June 20. If formally nominated and confirmed by the Senate, she will inherit the remainder of a three-year term expiring July 1, 2019.

The NMB statute permits members to remain in office until they depart or their successor is confirmed by the Senate. Current Democrats Harry R. Hoglander and Linda Puchala are holdovers in seats that expired in July 2016.

Railway Age Washington correspondent Frank N. Wilner, who in mid-March reported Fortson as a possible nominee, expects a second Republican to be nominated before August, who he says is expected to be either Republican Gerald W. (Trey) Fauth III or Republican Vincent Frank Vernuccio, both of whom he identified as contenders in March.

Wilner says Democrat Puchala, who joined the NMB in 2009, likely will be renominated by Trump to a third term, with Hoglander, an NMB member since 2002, departing upon confirmation of one of the two new Republicans. The NMB’s lone Republican, Nicholas Geale, voluntary departed the NMB earlier this year for a Trump appointment in the Department of Labor not requiring Senate confirmation. Confirmation of both new Republican nominees will give the NMB its first Republican majority since 2009. The chairmanship of the NMB rotates among all three members annually.

Fortson, an attorney, has been labor policy director for the Senate Labor Committee since 2010, and from 2004 to 2010 was the committee’s labor counsel. Earlier in her career she was a policy analyst for the Senate Republican Policy Committee, legislative counsel to Sen. Tim Hutchinson (R-Ark.), and judiciary counsel Rep. Spencer Bauchus (R-Ala.). She earned an undergraduate degree in history from the University of Colorado in 1996, and a law degree from The George Washington University in 1999. Her husband, Joseph B. Fortson IV, is a congressional lobbyist—currently for consumer research firm Nielson, and previously for Apple—and a former counsel to the House Energy and Commerce Committee.